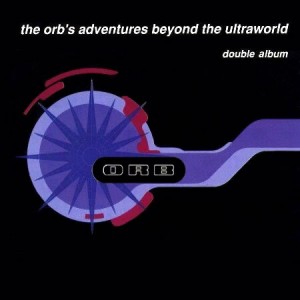 What were the skies like when you were young?
They went on forever

I’ve wanted to start a novel with that couplet for 30 years. Just printed, in italics, as a sort of philosophical frontispiece. It’s only the formality of nobody wanting to pay me to write a novel that stands in the way of this burning ambition. (I used it as the lead-off to a piece I wrote for Word magazine on nostalgia in 2011 – that’ll have to do.) The question and answer come from the defining spoken sample of what is the greatest single ever made. (The 143 was never about quantifying individual tracks, but if I am ever forced to choose my favourite song of all time, I never later regret saying Little Fluffy Clouds by The Orb. It’s my Apocalypse Now or Slaughterhouse Five or The Wire of songs.)

I think I always knew, or knew early on in my ardent relationship with this insistently lilting four and a half minutes of ambient pop, that the woman answering the question was Rickie Lee Jones. I didn’t initially know that the interview was essentially a promotional one – hence the vanilla questions – conducted for an extra disc included by Geffen in the box set edition of her 1989 Flying Cowboys album, as A Conversation With Rickie Lee Jones. You must admit, it’s a fantastic question. I wish I’d asked it of someone I’d interviewed in my time as an interviewer. What were the skies like when you were young? It’s not even the first utterance on the single, whose 7″ Mix I select amid a welter of longer, more luxurious and tangential remixes; that, following a crowing cock, and a buzzing biplane, is a Radio 4-style voice, possibly John Waite, saying:

“Over the past few years, to the traditional sounds of an English summer, the drone of a lawnmower, the smack of leather on willow, comes a new sound …”

And we’re off, into a remarkably disciplined sonic creation, whose voices drift across the production’s blue sky like clouds (I always see them as perfect, white, Simpsons-credits clouds – you’re with me?), and from a heartbreaking harmonica wail emerges that hypnotic keyboard signature which bubbles away beneath, quickly joined by a hard bass drum and a Tight Fit-styled Afro-beat and, at one minute 13 seconds, a supplementary synth noodle provides the nagging riff: we have lift-off. Rickie waxes hippy about “purples and reds and yellows” and how these colours are “on fire”, and eventually wonders if you still see such psychedelic Arizona skies “in the desert.” The deft combination of boho guff and ultramodern techno groove is just perfect, and what might have initially been a mischievous glint in the eye of Dr Alex Patterson is ultimately rendered sincere and moving. You’re with her! You want to see those skies! Those little fluffy clouds!

I will have been more than aware of The Orb’s significance in the post-rave world as I was playing out my third act at the NME in 1991-92, but I was not a raver. I was too scared to take the relevant drugs. Which is not to say that the moment did not regularly get into my bloodstream. I was dispatched to Sheffield by the live desk to review a benefit for miners’ families in November 1992 staged by Primal Scream, with The Orb supporting. (Documented evidence tells us that the Orb played longer than the Scream, and gave phenomenal stage show, despite there only being three of them onstage at Sheffield Arena: the good Doctor, “Thrash” and Steve Hillage.) I remember having a couple of beers in the VIP paddock during the interval, but this was not a night of intoxication. I watched The Orb from the seated area near the front and remember Little Fluffy Clouds doing everything in its cosmic, thumping power to get me out of that stupid plastic fold-up chair. (Arena dance: not one of the modern word’s great ideas.)

I’m not sure I’ve ever wanted to get up and dance more in all my life. But such encroachment into walkways was discouraged by security and, surreally, we had to nod and bounce in our seats and be happy with that. I’ve had more fun subsequently dancing to it in my house, or secretly, on public transport. Little Fluffy Clouds is a form of transport. It takes me places, and not just to an imagined Arizona when Rickie Lee Jones was young. I’m sticking with it as best single ever made, as it epotomises the lure of nostalgia on many levels, it works its alchemy on me every single time, and I play it a lot.

We walked all the way from the Arena back to the hotel in central Sheffield after the gig, but the Orb, not Primal Scream, were ringing in my happy ears.