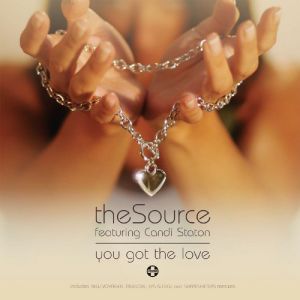 After my first full year of absence from the airwaves of 6 Music, I felt sufficiently emancipated from the yoke of BBC impartiality and general station cheerleading to shout from the rooftops, “I think Florence Welch has pulled off one of the great confidence tricks in modern music!” Two hit albums in, she was worth $14 million ($28 million by 2019) and feted around the world, so I don’t feel she’ll lose any sleep to discover that I don’t hear what millions of others do in her vocal style or mode of musicality. It still feels liberating to state for the record that in my subjective opinion I find her opportunistic 2009 remake of You Got The Love – pedantically “corrected” to You’ve Got The Love – to be one of my least favourite cover versions in all of pop music. Though slavishly similar, and clearly bound for glory by association, for me, Florence Against The Machine’s rendition sucks every drop of soul from one of the greatest modern mash-ups of the 20th century.

I won’t bore you, or myself, with the circuitous history of the eventual 1991 version credited to The Source, whose vocal was apparently recorded by Candi Staton a capella for a video documentary in the 80s and whose vital studio production can, it seems, be credited to John Truelove and Eren Abdullah (although Frankie Knuckles was involved somewhere along the line). Needless to say, the Young Hearts Run Free disco legend supplies a supreme, inimitable vocal which needs little enhancement to raise it up. But can you imagine a more sympathetic exoskeleton than the minimally plucked “talking” bassline and mechanical, insectoid synth tinkle that frame it?

Has anybody ever heard that now-immortal intro and not air-clicked their finger in time to it? This is such a boldly graphic and sonically desaturated underlay, which adds melodrama and dirty funk to Staton’s reverb-enhanced declaration:

The production knows instinctively when to trigger each new layer (the first finger click just as she starts the second verse with another “Sometimes”), and by verse three, everything’s working together as a team from hi-hat to added keyboard wash cycle; it’s not even a minute in. At this point if you don’t yet feel like throwing your hands up in the air, you never will do. It’s certainly one of those tracks that ought to struggle to match its own impeccable intro, but once up and running, there’s always something new, vocally or sonically, to keep you keen: the way Staton sings the word “occasionally”, that insistent synth line two and a half minutes in, the squelching sound, and the drop-out to bass, click and vocal at three minutes. Give thanks.

Sometimes a classic song comes together in a roundabout way, but as when the stars align, we should savour the moment. You Got The Love is one of those moments. I’m not a purist about cover versions – there are a number in The 143 – but this isn’t really one that should be attempted in karaoke. Just do the finger clicks instead. Or sing the bassline. That would be a greater tribute.

As with These Boots Are Made For Walking and Try A Little Tenderness, I’m always sad when the Radio Edit fades out.