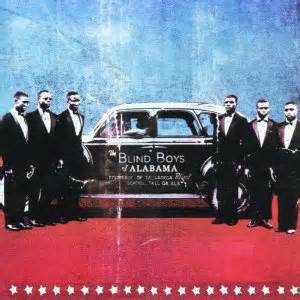 When you walk through the garden …

There is, of course, nothing to stop a cover version from making The 143. It’s all about the version. I’m toying with Johnny Cash’s version of Trent Reznor’s Hurt for a place, as I believe it amplifies what’s moving about the original, for self-evident, contextual reasons. Blind Boys Of Alabama’s rendition of Tom Waits’ devilish Way Down In The Hole is embedded in popular folklore forever as the first incarnation to be used as the theme tune to HBO’s little-known cops-and-drug-dealers saga The Wire and that is why it’s included here. (All five versions are on the expansive, dialogue-grouted Wire soundtrack album – Waits’, the Neville Brothers’, DoMaJe’s and Steve Earle’s – and all have both merit and Proustian allure, but this here just about inches it.)

The original appears on Franks Wild Years (no apostrophe, sub-editors, except for the title track, which isn’t even on this album) This means I’ll have first heard it the late 80s sometime, when Jim Jarmusch’s Down By Law turned me on to Waits and got me exploring. I’ll be honest, it never leapt out of that lengthy, operatic album’s tracklist for me – I was more about Hang On St Christopher, Innocent When You Dream and whichever version of Straight To The Top (and to be even more honest, I was more about his other LPs which weren’t staged as plays) – but the minute I heard the tune resurrected on Episode One of The Wire, hunched over the DVD pre-Christmas 2006 on my laptop and not knowing quite what I was getting into, and instantly half-identified it, the voodoo magic made itself known.

I have sung – if that’s not too strong a word – Way Down In The Hole at Karaoke Circus (the live-band jamboree that gave both comedians and civilians the chance to knock out pre-chosen toons with a well-versed backing band and sometimes orchestra), onstage at the 100 Club. It was my first go of many over the years, and I chose to “do” Waits’ version, as he was easier to impersonate. It also meant I learned the lyrics, which are typically sincere and twisted at the same time (“Well you don’t have to worry/If you hold on to Jesus’ hand/We’ll all be safe from Satan/When the thunder rolls/Just gotta help me keep the devil/Way down in the hole”). As with so  many of Waits’ songs, he sounds “in character,” so all is never as it seems.

I first heard the Blind Boys Of Alabama, who have now been going for seven decades (never mind The Butler – they really do have a firsthand story to tell about black history), on one of Andy Kershaw’s Radio 1 shows. Their contemporary take on gospel was probably still a little rootsy and rarefied even for my missionary tastes in the 80s and 90s, but many barriers have come down since then. (Anything bracketed under “World Music” seemed forbidding at the time, as if a passing interest might be considered an insult to indigenous people everywhere. This may sound daft now, but it’s how it felt.) Anyway, I logged their name.

As The 143 is all about the song, it’s not necessary to have an encyclopaedic knowledge of an artist’s back catalogue to justify the inclusion of one track. The Blind Boys have done many interpretations in their rich, rough and ready vocal style – harmonised with what sounds like ESP, maybe engendered by the blindness of some key members – and their cover of Way Down In The Hole almost feels like a reclamation. Yes, it’s more conventionally “soulful” than Waits’, but it also takes out some of his smoke-throated mischief, which is why both versions complement each other. While we’re at it, the Neville Brothers inject some funky Creole dirt, thus making theirs another valid argument for the song, while Baltimore locals DoMaJe bring the female R&B and Earle takes it a little bit country. All the pieces matter.

The Blind Boys’ take is quite dainty, with a tickled bossa nova drum beat, and minimal blues guitar. I can’t confidently identify who sings the lead, but it’s going to be Jimmy Carter, Ben Moore or Eric “Ricky” McKinnie, and when whoever it is sings, “he’ll saa-a-ave your soul” it’s as though he’s testifying. If Waits is closer to the Devil – and the hole – the Blind Boys are surely closer to the Lord. There’s age in this vocal, a sandpaper quality that brings heft to “the fire and the fury”. The high-pitched guitar solo is serpentine and precise, and there’s no point in denying it, the whole evocative kaboodle brings the opening-credits imagery of The Wire flooding back: the helicopter going overhead, the view from behind wire mesh of an SUV going by, the coin going into a payphone, the dancing soundwaves of wiretap equipment, the CCTV eye smashed by a flung brick.

The track’s foreshortened to a minute and a half for TV – that guitar solo lasts a measly bar – so it’s a treat to hear it at its full three minutes. I’ve not yet heard it in situ on 2001’s Grammy-winning Spirit Of The Century album among the more traditional gospel tunes, but you’ve got to hand it to them for making Tom Waits fit, and for making his song their own.