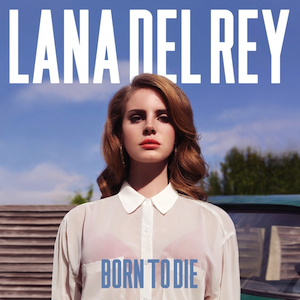 I still appreciate accredited lyrics and have done since the Smash Hits revolution of my early teens. When a freckly contemporary of Weston Favell Upper School called Stuart Skelton first introduced a copy of the pop mag into the playground, I was slap-bang smitten. This particular issue was dated June 14-27, 1979, which meant the fortnightly glossy publication was not yet six months out of the traps (and nor did I know that among its staff were a handful of young, witty men who would in my future employ me to do what they were already doing). It had Donna Summer on the cover and tantalising promise of the words to Up The Junction, Are ‘Friends’ Electric, Ring My Bell and Masquerade within. To my knowledge, I didn’t miss an issue until the late 80s and only then because I had by then fixed my sights on the inky music press and brooked no argument from Black Type and Bev Hillier.

Within that first year of plighting my troth to Smash Hits it was with deep existential horror that the magazine confessed that the lyrics it had printed to Duchess by the Strangers (a single I’d bought) had been procured by listening with the head pressed against a speaker rather than sourced from the record company. I still distinctly remember the phrase “Dutch of the terrace” when my own ears told me it was “Duchess the terrace.” I’d like to say I never trusted them again. But I did.

We live now in an age of one-click, one-swipe everything. Ironically, this guarantees neither quality nor veracity. You’re as likely to encounter bluffed, phonetic, inaccurate lyrics on a lyric site as verse-chorus poetry directly sent directly down the pipe from a song’s copyright owners. I resent that. If I wanted poorly transcribed lyrics I’d transcribe them poorly myself. Which brings me to Radio by Lana Del Rey and Lana Del Rey in general.

I took a flyer on this cinematic-seeming new artiste in 2012, ignoring the nagging voice in my head that told me I was too old for this type of thing: a willowy young woman with an apparently fake ID and Hollywood-esque backstory – take your pick from a buffet of waitressing, teenage dyspepsia, pseudonyms, Catholicism, the Bronx, a hippy uncle and aunt, a degree in metaphysics – and a fabulously smoky, sneering vocal style. I wasn’t interested in her CV, but I liked her style. The singles – and there were a gluttonous, Thriller-approaching six –  from her second album Born to Die cast their net and I took the shiny bait. Whether she was real or fake, Del Rey’s record felt raw and ambitious and fiercely grown-up behind that varnished Lolita outer shell (“swinging in the backyard/Pull up in your fast car”). And in one track, Radio, she sang so sweetly and melodically about “motherfuckin’ dreams on Ritalin” (hence: not a single). These were word combinations that interested me.

Well, guess what? She wasn’t singing that at all. After closer examination and with no Smash Hits to consult, I became convinced she wasn’t even swearing in that stanza from the song’s knockout chorus. I’m a grown man. I’m not impressed by strong language from the start per se, but I respect the commercial self-harm of building in a bad swear – not least if it discounts putting out a seventh single from an album that only contains 12 tracks. Anyhoo, here’s the apparently definitive couplet, which is only marginally less poetic than my misheard version:

Be honest. It’s the syncopated, rhetorical question, “How do ya like me now?” that tips the chorus into invincibility. Del Rey is a natural wordsmith. She bullseyes again with, “Lick me up and take me like a vitamin,” which is an original come-on, steeped in the modern world of snowflake millennials. Then she’s claiming her body’s “sweet like sugar-venom, oh yeah.” This is beat poetry, man. The blank look of a blank generation she wears on the album’s sleeve sort of dares you to reflect it back. She isn’t going to be the first to blink in a stare-off. She’s a kohl-eyed JFK. She’s a poolside Svengali. Her name’s the name of a bar or a rodeo or a turnpike.

Songwriters are involved throughout the LP, sourced from as far apart as Lincolnshire, Warrington, Palo Alto and New Jersey – not to mention where genial Jim Irvin, former music journalist, editor and frontman of Furniture, hails from in London – but Del Rey’s family surname Grant is a constant. This is her truth, even if it isn’t true.

The arrangement is strewn around gossamer ambience and deep echo, combined with crunching beats, and it’s simultaneously chilly and warm. How do they achieve that? No matter. She sings, “Now I’m in LA and it’s paradise,” and your spider-sense tingles: has this apparently non-fictional character found peace beneath the chlorine? So soon?

I’ve realised that Lana Del Rey is for Christmas as well as for life. How do ya like me now?